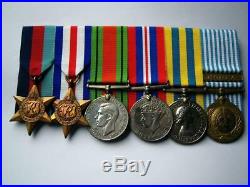 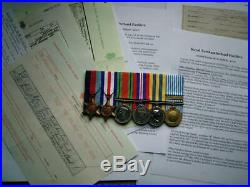 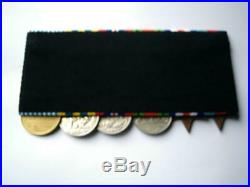 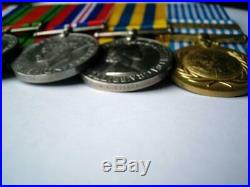 His next attestation was for the Royal Artillery and he was posted to the 56th (Cornwall) Heavy Anti-Aircraft Regiment, Royal Artillery on 9 August 1942. He transferred to the 2nd Btn Royal Warwickshire Regiment on 10 September 1944. After a period of training and reinforcements in mid September 1944 the 2nd Btn Warwickshire Regiment moved from France to Holland. They helped with the eastward advance around Venraij so that in March 1945 the Allies crossed the Rhine.

Fusilier Sissons remained with this regiment after the conclusion of the Second World War, serving in Palestine with the 2nd Battalion from 30 May 1947 to 7 March 1948. (He was also entitled to the General Service Medal 1918-62 with Palestine clasp). British Troops at Imjin River Fusilier Sisson served during the Korean War with the Royal Northumberland Fusiliers who landed in Korea in June 1950 and formed the 29th Brigade together with the 1st Gloucestershire Regiment and the 1st Royal Ulster Rifles.

The 29th Brigade fought the action at Imjin River on 22 April 1952. While the Royal Ulster Rifles and Royal Northumberland Fusiliers were able to make a fighting withdrawal, the 1st Gloucestershire Regiment was surrounded by Chinese forces and made a determined stand on Gloucester Hill before being forced to surrender. He died in Liverpool in 1993.