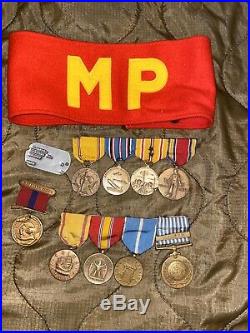 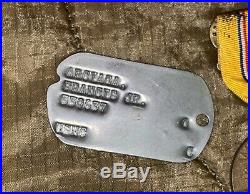 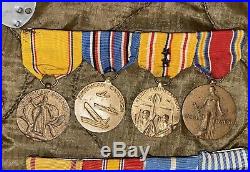 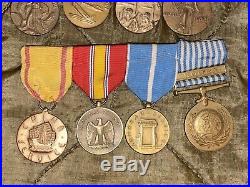 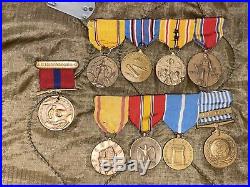 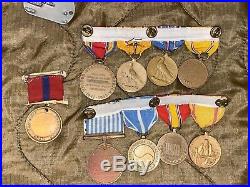 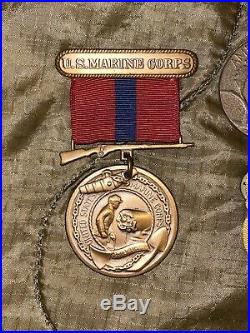 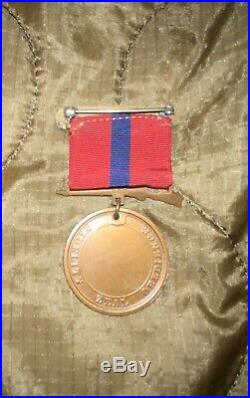 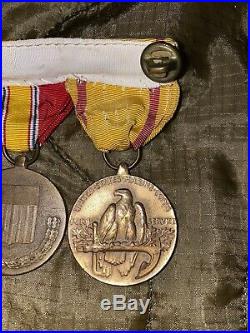 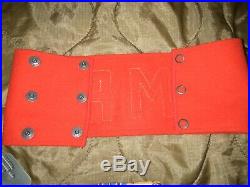 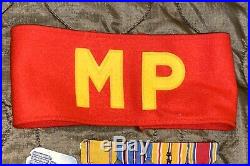 Please look at the photos to better judge condition for yourself. The medal bar is for service in WW2 and the Korean War and was probably put together In the 1950s most likely.