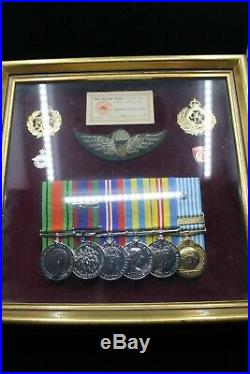 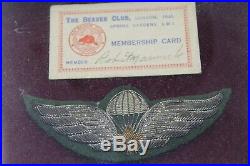 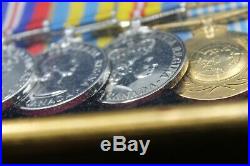 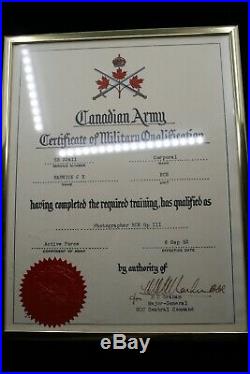 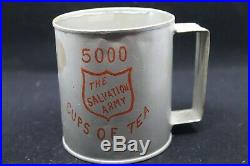 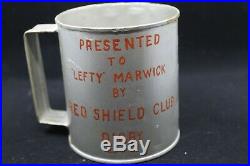 WW2 Canadian Korean War Medal Group RCAF RCE Engineers Photographer Framed Lot. James Robert Marwick joined the RCAF as a armourer and served in Canada it would appear only. After the war he qualifed at Rivers Manitoba for his parachute wings while with the RCE.

While with the RCE he became a photographer by trade and did two tours of Korea. After Korea he was sent to Los Alamos in the US for photography of the Nuclear testing.

This item is in the category "Collectibles\Militaria\WW II (1939-45)\Original Period Items\Canada". The seller is "military*antiques*toronto" and is located in North York, Ontario. This item can be shipped to United States, all countries in Europe, all countries in continental Asia, Canada, Mexico, Australia.