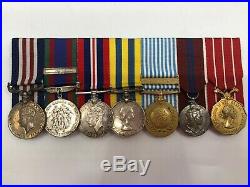 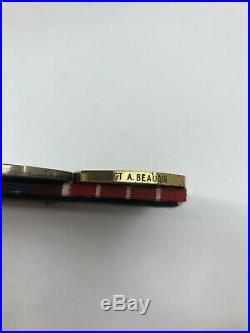 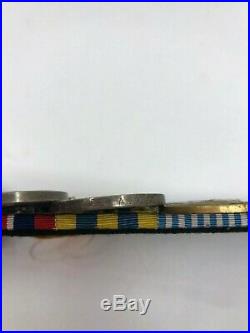 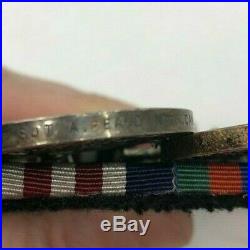 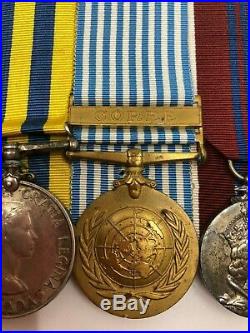 Though his MM is named to the RCR his service records which are included only ever show him as being with the Vandoos. Obviously when the medal was being named it was named incorrectly and the S is also missing on it for his service number. Only 53 MM's were awarded for the Korean War.

Since he arrived with the 2nd Battalion of the 22nd Regiment in Korea, Sergeant Beaudin has been in charge of the communications lines. He has occupied himself by maintaining the vast network of lines on very difficult terrain and frequently under fire of the enemy. He has complete his duty with much competence, determination and courage. During the allied advance in May 1951, and during the intense patrols in June, July and August 1951, Sergeant Beaudin had much to do. He established and maintained the lines of communication over a very long distance.

Many times over, while he was on reconnaissance or laying wire, he had to endure enemy fire often during the night in disputed terrain that was unknown to him. On one occasion in July, on the other side of the Imjin River, he twice met enemy patrols and each time pushed them back. On another occasion in October 1951, Sergeant Beaudin laid lines for 48 hours without rest, Continually exposing himself to enemy artillery fire.

During this period five of his comrades were either wounded or died by his side. Before one enemy attack on November 23,1951 Sergeant Beaduin had examined all the lines of communications supplying all the sub units, working most of the time under enemy artillery and mortar fire. Also during the same attack he had worked day and night to maintain the communications. Because of this sense of responsibility and his physical and moral merit, the lines of communications of the Battalion were maintained, he contributed to the defeat of the enemy.

The item "WW2 Canadian Korean War Medal Group Military Medal R22E SE800061 Sgt A Beaudin" is in sale since Tuesday, February 4, 2020. This item is in the category "Collectibles\Militaria\Korea (1950-53)\Original Period Items". The seller is "military*antiques*toronto" and is located in North York, Ontario.