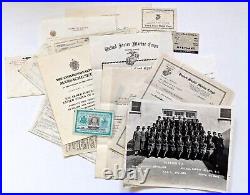 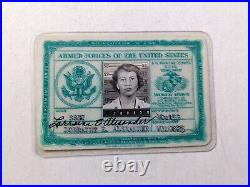 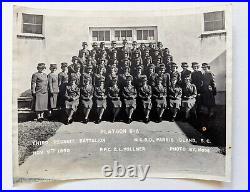 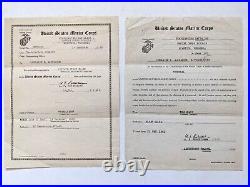 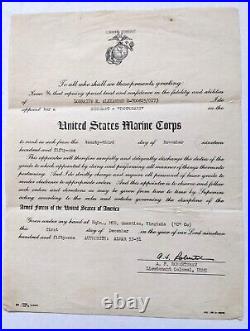 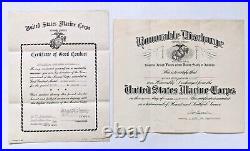 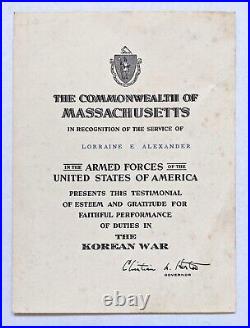 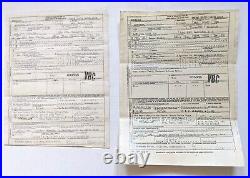 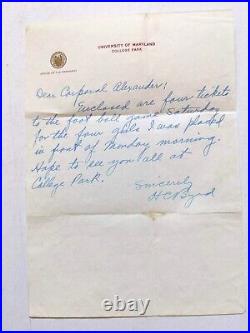 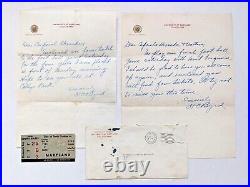 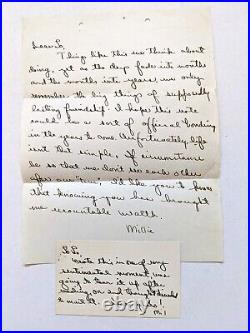 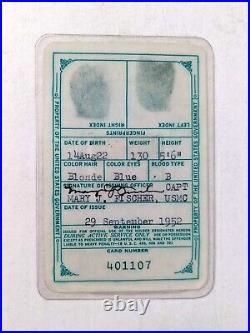 Archive of papers related to LORRAINE ALEXANDER, who in the early 1950s served in the U. MARINE CORPS, starting as a Private and rising to the rank of a Staff Sergeant. Lorraine Alexander's Armed Forces Military ID, which has her photo, fingerprints, and physical statistics - Blonde, Blue Eyes, 5'6, 130 pounds. An 8x10 photograph of Platoon 6-A, Third Recruit Battalion, a female battalion.

Certificate of Good Conduct award, dated October 4, 1953. A document from the Commonwealth of Massachusetts honoring Lorraine Alexander for serving in the Korean War.

It is Signed by the Governor of Massachusetts (likely autopen). Certificate of Service card - showing period of active duty as 5 October 1950 to 4 October 1953.

A personal and sentimental letter to Lorraine "Lo" from another female Marine. From the letter: If circumstances be so that we don't see each other after our TOUR, I'd like you to know that knowing you has brought me uncountable wealth. " Millie added a handwritten note to the letter, ending it with: "WAR GALS! A letter from the President of The University of Maryland, Harry Clifton Byrd, on his Office of the President stationery. It is addressed to Corporal Alexander.

Dear Corporal Alexander / Enclosed are four tickets to the football game Saturday for the four girls I was placed in front of Monday morning. Hope to see you all at College Park.

This letter comes with its envelope, postmarked 1952, sent to Quantico, Virginia. Another letter from the President of The University of Maryland, H. Byrd, on his Office of the President stationery.

It is addressed to Corporals Alexander and Walters. In it Byrd says he is enclosing four tickets for the University's final football game of the season, against West Virginia. A ticket stub for a University of Maryland vs. North Carolina game on October 20, 1951. The game was played at BYRD stadium.

The ticket states: "President's Box" on the left edge. Perhaps this was included with the second letter? A 1960 invoice for a wedding dinner for 76, including a 75 piece 2-tiered wedding cake. Sent to Miss Lorraine Alexander.

About Women in the Marines during the Korean War (from the USMC website). In 1950, fewer than five years after World War II ended, the United States found itself once again confronted by a war for which it was unprepared.

As before, a downsized military establishment rushed to call up, draft and recruit manpower, but recruitment numbers fell short of military requirements. And just as in previous wars, the services turned again to American women, asking them to leave their homes, jobs and families to serve their country.