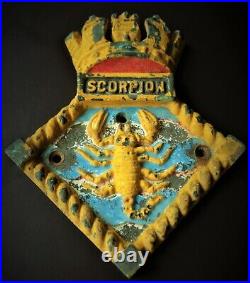 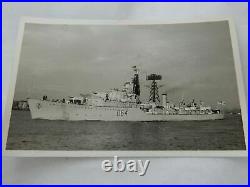 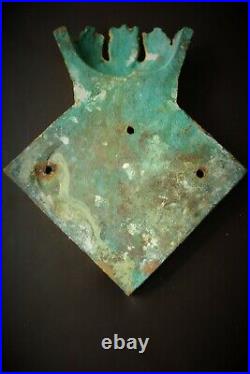 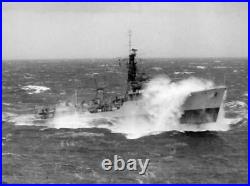 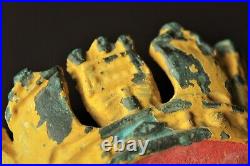 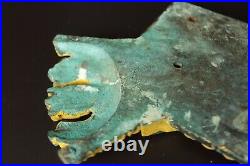 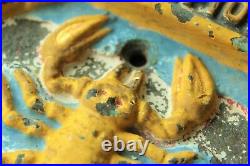 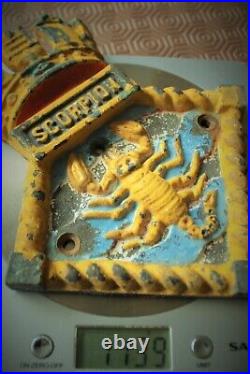 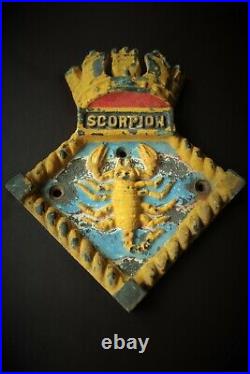 Liberated by "some one or other " at sometime during my late father's service aboard Scorpion between May 54 and April 55. Well, ask me no questions and I'll tell you no lies. And I've probably said too much already. The story goes that this plaque was originally destined to be secured "somewhere or other" to replace another identical plaque that had previously, and also somewhat mysteriously, disappeared... I can't help but wonder where that other one is now.

As for this one, it had been securely fixed to my parent's garden wall for the past forty odd years, and I do mean SECURELY, my father certainly wouldn't have wanted any light-fingered scallywag to half-inch it now, would he! The plaque is solid bronze, weighs over a kilogram and measures 90mm x 60mm and is 27mm high at the crown.

As usual, I have absolutely no idea of the monetary value of this plaque, but as with the other items relating to my late father's service in the Royal Navy, I do not wish it to sit in a box in the attic and be forgotten. I would much prefer it go to a genuinely interested collector/historian.

The charity is directly involved in the support of ex-service men and women suffering from that cruel disease. The item "SOLID BRONZE ROYAL NAVY SHIP'S PLAQUE H. SCORPION 1946 AUTHENTIC ORIGINAL" is in sale since Monday, July 5, 2021.

This item is in the category "Collectables\Transportation Collectables\Nautical\Military". The seller is "pat_o_w" and is located in BEDFORD. This item can be shipped to all countries in Europe, United States, Canada, Australia.