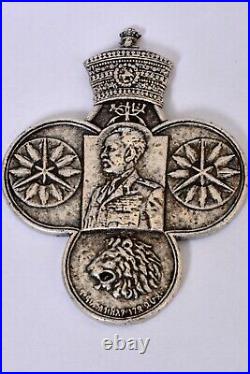 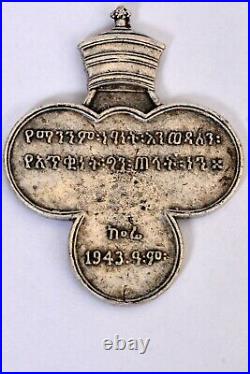 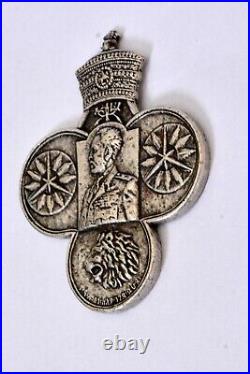 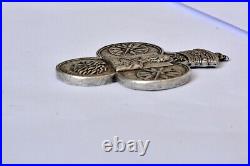 In silvered bronze, measuring 52.5 mm (w) x 66.8 mm (h), scattered silvering wear, contact marks, original ribbon, very fine. Footnote: The Commemorative Medal for the Korean War was instituted by Emperor Haile Selassie I on December 11, 1959 (or March 31, 1952 EE) to recognize the services of all soldiers of the Ethiopian contingent who took part in the Korean War under the direction of the United Nations, and awarded in a single class (silver). When the Korean War broke out in 1950, Emperor Haile Selassie I raised a volunteer battalion from the Imperial Bodyguard for deployment under United Nations auspices. The force was named the Kagnew Battalion and fought alongside the United States Seventh Division. Between 1951 and 1954, three Ethiopian battalions (some 5,000 men in all) fought with distinction in Korea. The item "Rare Ethiopian Haile Selassie Korean War Medal 1952 An Korean War Service Medal" is in sale since Friday, June 25, 2021. This item is in the category "Collectibles\Militaria\Korea (1950-53)\Original Period Items". The seller is "ethiohire" and is located in California. This item can be shipped worldwide.