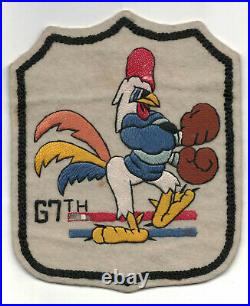 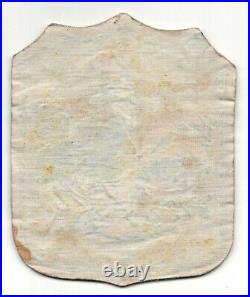 Part of the 18th Operations Group. The 67th is equipped with the F-15C/D Eagle. The 67th Fighter Squadron is one of two McDonnell Douglas F-15 Eagle.

Squadrons in the Asian-Western Pacific area of operations, supporting Pacific Command operational plans and headquarters-directed contingency operations. Continually active since January 1941, the 67th was activated as a single-engine fighter operational and replacement training unit as part of the 58th Pursuit Group. 67th Pursuit Squadron, nicknamed the Fighting Cocks, stationed at Harding Army Airfield in Baton Rouge, Louisiana and was equipped with just a few obsolete Seversky P-35 fighters. Another freighter carried 45 disassembled and crated P-400 aircraft and 2 P-39Fs. May 1,1942 the Air Corps reorganized as the United States Army Air Forces.

The 67th was renamed the 67th Fighter Squadron. August 21, the 67th Fighter Squadron, with five P-39/P-400 aircraft, joined Marine and Navy squadrons on Guadalcanal. Due to the limitations of the Aircraft the role of the 67th was limited to ground support and strafing Japanese positions. The Airacobra was very well suited to this role as exhibited during the Japanese assault of September 14, after which, General Vandegrift remarked, You wont read about this in the newspapers, but you and your flight of P-400s just saved Guadalcanal.

Later that year the 67th was resupplied with new model P-39 Airacobras, fitted with proper oxygen systems. The 67 was moved to Kila KiIa Air Field in New Guinea in May 1943. Designated the 67 Fighter Squadron, Two Engine, on 24 May 1944 and equipped with P-38 aircraft. Deployed to South Pacific Area, 1943, being assigned to the 347th Fighter Group. Began combat operations in February 1944, providing protection for U.

Bases and escorting transports initially, then escorting bombers over New Guinea and sea convoys to Admiralty Islands. Bombed and strafed Japanese airfields and installations on Ceram, Halmahera, and the Kai Islands. Moved to the Philippines in November, flew fighter sweeps against enemy airfields, supported U. Ground forces, and protected sea convoys and transport routes.

Beginning in July 1945, attacked railways, airfields, and enemy installations in Korea and Kyushu. Flew reconnaissance missions over Japan. Moved without personnel or equipment to the Philippines in December, aircraft sent to depots in the Philippines. Became part of the defense forces of Far East Air Forces.

In the postwar years at Clark Field. Being deployed to Okinawa in 1949. As a result of the North Korean invasion of South Korea in June 1950, the squadron was moved from the Philippines to Taegu Air Base. At Taego, the squadron exchanged its Lockheed P-80 Shooting Star.

Soon became impractical, and the unit moved in November to Pyongyang East Air Base. The Chinese Communist intervention caused the unit to move twice in as many weeks, first to Suwon Air Base. South Korea, then to Chinhae Air Base.

From there the unit continued to support ground forces and carry out armed reconnaissance and interdiction missions. Throughout the conflict, the squadron moved from base to base in South Korea. In January 1953 the squadron rejoined the wing at Osan-ni Air Base. Where it transitioned to the North American F-86 Sabre. Without halting the fight against the enemy.

It flew its first F-86 counter air mission on 26 February 1953. In the final days of the war, the squadron attacked dispersed enemy aircraft at Sinuiju and Uiju Airfields. The squadron remained in Korea for some time after the armistice. It moved to Kadena Air Base.

Okinawa in November 1954, performing tactical fighter operations in South Korea, Japan, Formosa (later Taiwan), and the Philippines with frequent deployments. In 1957, the squadron upgraded to the North American F-100 Super Sabre. A 67th TFS EF-4C over North Vietnam, December 1972. Was re-equipped with the Republic F-105 Thunderchief.

As a result of the increased level of combat in Southeast Asia, the squadron was deployed to Korat Royal Thai Air Force Base. Thailand, where it carried out tactical bombardment missions over North and South Vietnam in 1965, returning to Kadena at the end of October. Moved to Misawa Air Base.

Japan in December 1967, being reassigned to the 39th Air Division. Equipment was changed to the McDonnell Douglas F-4 Phantom II.

With a mission to rotate squadrons to South Korea, providing air defense of the nation. The EF-4C of the 67th Tactical Fighter Squadron took off from the Ching Chuan Kang Air Base. For Combat air patrol, 20 November 1972. Until May 1975, primary mission was the air defense of Taiwan, performing frequent rotational temporary duty to Ching Chuan Kang Air Base. Chinese air defense mission ended with United States' political recognition of Communist China and end of United States military deployments to Taiwan.

For the past 35 years, the squadron has operated from Kadena Air Base, providing air defense in the Far East. Air Combat Command officials announced a stand down and reallocation of flying hours for the rest of the fiscal year 2013 due to mandatory budget cuts. The across-the board spending cuts, called sequestration, took effect 1 March when Congress failed to agree on a deficit-reduction plan. Squadrons either stood down on a rotating basis or kept combat ready or at a reduced readiness level called "basic mission capable" for part or all of the remaining months in fiscal 2013. This affected the 67th Fighter Squadron with a reduction of its flying hours, placing it into a basic mission capable status from 5 April-30 September 2013.