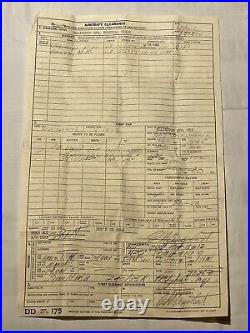 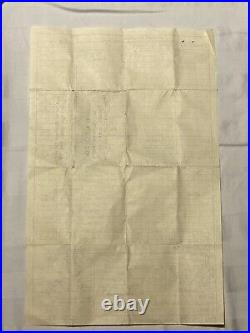 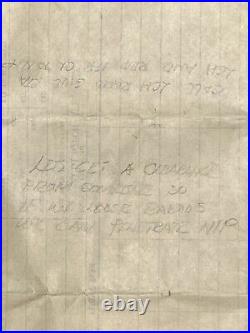 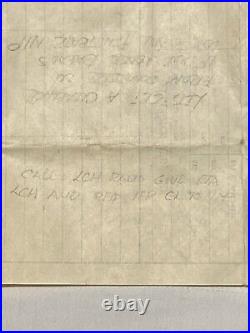 Original (NOT A REPRODUCTION) USAF Type K-1A Tan Summer Flight Suit worn during combat by United States Air Force (USAF) Pilot William Timmons "Tim" Urquhart, who flew 85 combat missions during the Korean War. The suit is in amazing condition and was found in an old foot locker from the 1950's. Included with the suit is Tim's last flight clearance document dated June 27, 1953, that was found folded-up inside the right breast pocket of the suit. The clearance was for Tim to fly from Ellington Air Force Base in Texas, USA, to Naval Air Station Jacksonville in Florida, USA. The document is signed by Tim, then 23 years old, and a USAF Major. This is a one of a kind lot and a must have for any history buff or war memorabilia collector. July 24, 1929 - Sept. William Timmons "Tim" Urquhart, Jr. 79, of Anderson, passed away Saturday, September 13, 2008, at College Station Medical Center. Tim was born July 24, 1929. He attended Lamar High School and the University of Houston, leaving U. Early to join the U. He served in the Korean War and flew 85 combat missions. Following his military career, he became an airline pilot with Trans Texas Airlines, later called Texas International, and ultimately Continental Airlines. Tim retired in 1981 and moved to Navasota, where he and his wife, Helen, owned and ran The Castle, a bed and breakfast, for 12 years before retiring again.

They moved to Anderson, and Tim spent his remaining years fishing, raising cows and riding their ATV's on their ranch. This item is in the category "Collectibles\Militaria\Korea (1950-53)\Original Period Items". The seller is "rymar_1237" and is located in this country: US. This item can be shipped worldwide.