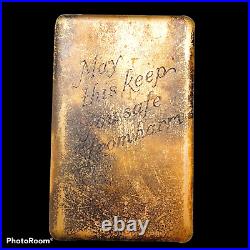 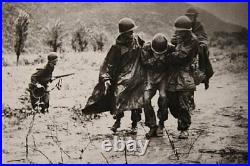 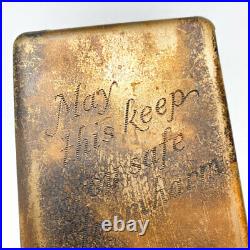 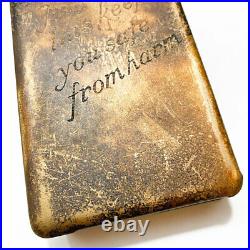 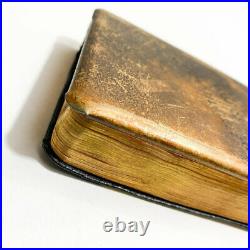 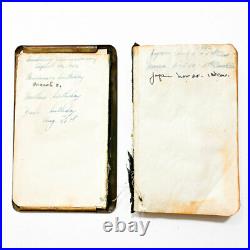 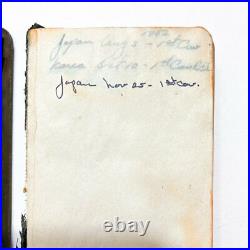 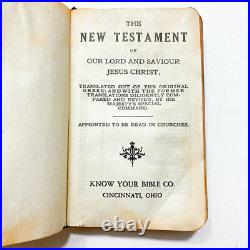 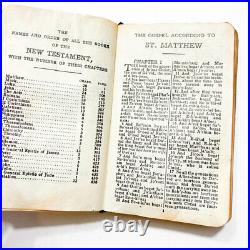 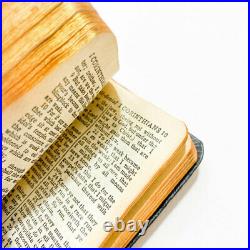 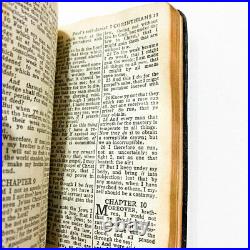 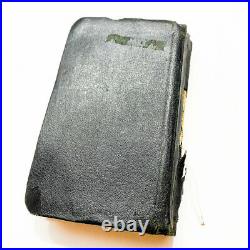 This Heart-Shield or Heart-Guard bible was carried during the Korean War conflict by the U. Infantry soldier by the name of Lt. This bible and guard were gifted to Beck by his Mother and Father as his name, information and parent (gifters) are inscribed on the inside panel of the bible cover. The bible is inscribed with the date of Dec. 20th 1952 on the front cover.

What makes this bible even more personal are the hand written dates of his wedding anniversary, wifes birthday, mothers birthday, and fathers birthday on the inside blank front pages. The bible also contains some locations and dates as well along with the inscription of what appears to be 1st Cav. During the length of the Korean War, the 1st Cavalry Division alone saw 3,811 killed in action and 12,086 wounded in action. These bibles were carried on the inside uniform or combat jacket pocket of an active duty soldier and were meant to be located near their heart. These bibles were thought to provide extra protection in case an enemy bullet struck it.

It is recorded of these bibles actually stopping a bullet with its hard steel plate and inside pages stopping the velocity of the round. This bible is in a salty and been there condition. The front metal plate is readable and the inside New Testament pages are in great condition, however, due to its heavy use and wear the front metal cover has detached from the binding.

All the other pages remain secure. Pockets of resistance remained in the south with United Nations troops engaged along a line north of the 38th Parallel. Armistice negotiations that had begun in July 1951 were now stalled and the Korean War fell, for the most part, into a stalemate battle costing men and material without changing the status or eventual outcome. Battles of the Korean War.

Battle One - June 26 to July 3, 1952. United States attack on Chinese position is challenged by waves of counterattacks before China withdraws to the northeast, unable to break through.

Casualties (Killed/Wounded/Missing): USA/Allies 3,500-9,300, depending on source; China 5,412-10,000, depending on source. Battle for a hilltop along a strategic transportation route northwest of Cheorwon, it was occupied at the start of the battle by the United States, but changed hands twenty-four times over ten days. At the end of the battle, the United States was still in possession. October 14 to November 25, 1952 - Battle of Triangle Hill Troops: USA/South Korea/Ethiopia/Columbia NA; China 50,000. Casualties (Killed/Wounded/Missing): USA/Allies 6,331; China 11,529-19,000.

In attempt to gain control of the Iron Triangle Area, United States and its United Nations allies fight a protracted battle with repeated attempts to take Triangle Hill and Sniper Ridge. China retained Triangle Hill after forty-two days of fighting. Most costly battle of 1952.

Beck 1st Cavalry Division- Heart Shield Bible Korean War Vet" is in sale since Thursday, October 22, 2020. This item is in the category "Collectibles\Militaria\Korea (1950-53)\Original Period Items". The seller is "premierrelics" and is located in Bloomington, Illinois. This item can be shipped worldwide.