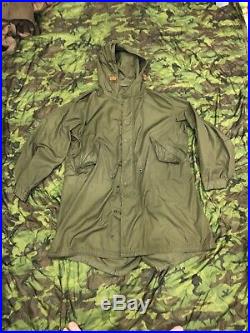 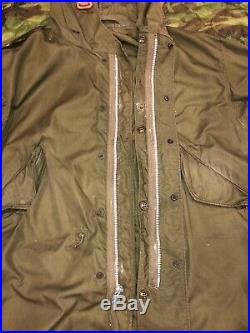 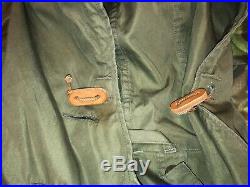 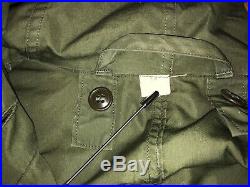 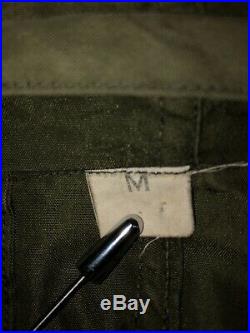 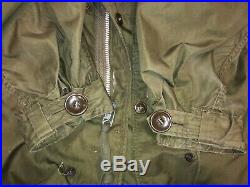 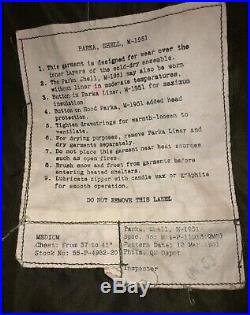 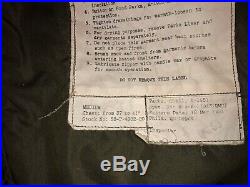 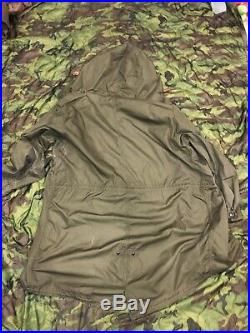 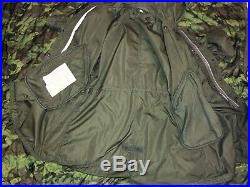 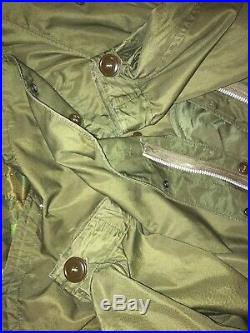 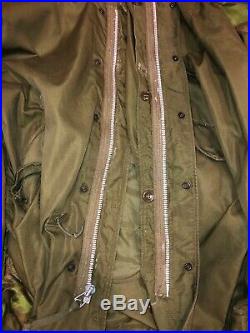 Original Korean War Era/1950s US Army M-1951 Fishtail Parka Shell M51 size Medium in Pre-owned. The jacket is in Used pre-owned condition and is slightly dirty, but has no holes or rips and has all buttons present. That being said the jacket has one major flaw, the zipper gets stuck and is unable to zip up except for about a couple inches in the bottom. The zipper teeth appears to all be present and it appears that someone tries to apply wax at some point to fix the zipper. The zipper may be fixable, but I have not tried to fix it.

The Parka is an otherwise great jacket that should clean up ok. The jacket you see is the jacket you will receive. The item "Korean War Era US Army M-1951 Fishtail Parka Shell M51 Vietnam, Pre-owned" is in sale since Friday, May 3, 2019. This item is in the category "Collectibles\Militaria\Korea (1950-53)\Original Period Items". The seller is "bb5kearsarge" and is located in El Cajon, California.