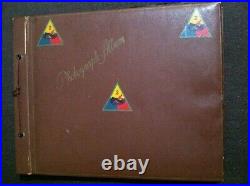 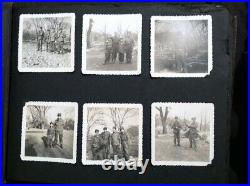 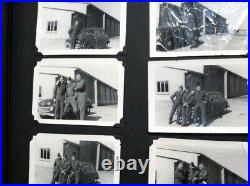 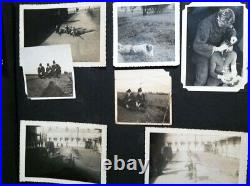 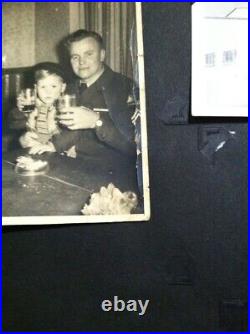 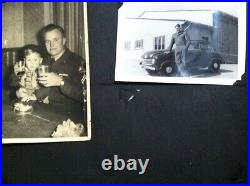 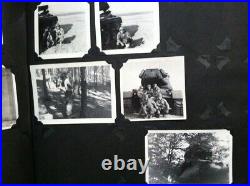 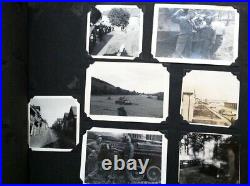 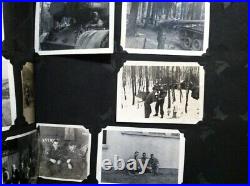 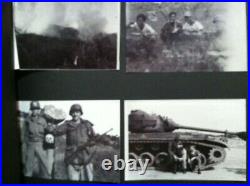 Sears served in the 25th Infantry Division during the Korean War. After the war he transferred to the 2nd Armored Divison and was stationed in Europe (Germany). He was the driver and possibly commander of an M-47 Patton Tank. Photos indicate that Sears received the Occupation Medal, Korean Service Medal with 2 bronze battle stars, United Nations Service Medal, Presidential Unit Citation, and the ROK Presidential Unit Citation. He would also have been eligble for the National Defense Service Medal.

In several photos he has the rank of SSgt but in what appears to be later photos his rank is Corporal. Scrapbook Photograph Album with three 2nd Armored Division painted patches on the front. Has numerous pages of photos. Some of the photos were taken in Korea.

Other photos were taken in Europe. There are training, barrack, family, children, and friends photos. There are also photos of M-47 Patton Tanks, military ambulance, trucks, a foreign car. A few are in faded color. The names Adobe and Atom Bomb are noted on the M-47 tanks.

One of the reprint photos shows a M26 Pershing named Dracula. One halftrack is named Antique. There are at least five reprints.

One of the photos shows Sears holding a carbine, with another soldier and a skull. I believe this photo was taken in Korea. One of the reprintphotos shows a M39 along with M24 Chaffee tanks.

Many photos are glued in while others are in the tabs and easily removed. There is writing on the back of some of the photos. Scrapbook shows wear/tear associated with age.

This item is in the category "Collectibles\Militaria\Korea (1950-53)\Original Period Items". The seller is "florennesglcm" and is located in this country: US. This item can be shipped to United States.