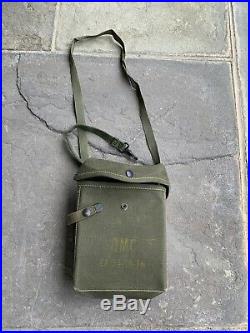 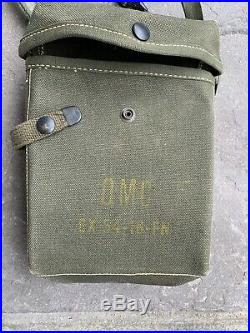 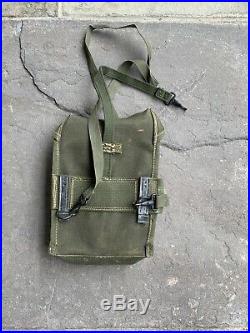 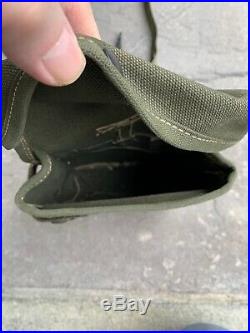 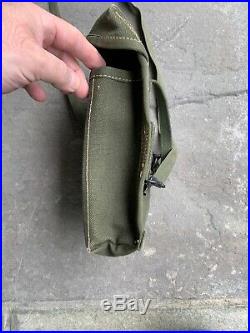 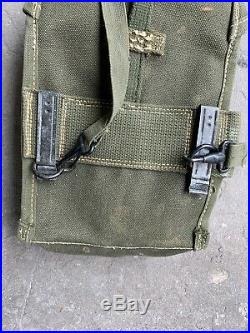 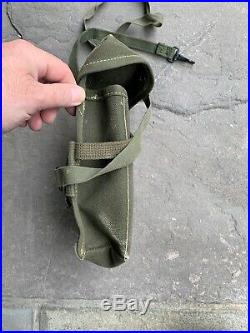 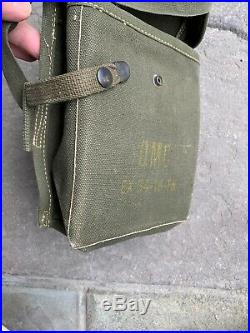 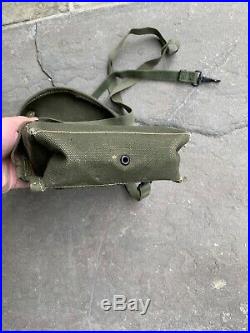 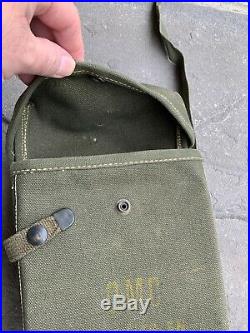 I know during and immediately after the Korean War, the army was experimenting with new rifles to replace the Garand, Carbine, grease gun and BAR. FN-FAL T-48 rifle as well as the precursor to the M14, the T44. All of these amazing experimental rifles can be seen at the Springfield Armory museum.

What you cant see, or find anywhere is to his pouch. It must have come out of the Natick Research Labs as I found it locally here. It is clearly marked QMC which is typical 1950s experimental army markings. It is my believe that this pouch goes to the FN T48 rifle as marked on the pouch with 54 being the date. Helmet, airborne, paratrooper, special forces, ranger, Marine, LRRP, usmc, recon. Extremely rare experimental item that will never likely be seen again. Condition is New old stock.

The item "EXPERIMENTAL AMMO POUCH POST KOREAN WAR PRE VIETNAM WAR QMC MARKED" is in sale since Thursday, March 19, 2020. This item is in the category "Collectibles\Militaria\Vietnam (1961-75)\Original Period Items\Personal, Field Gear". The seller is "black_devil_militaria" and is located in Fairfield, Connecticut. This item can be shipped to United States.