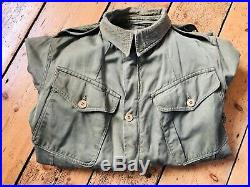 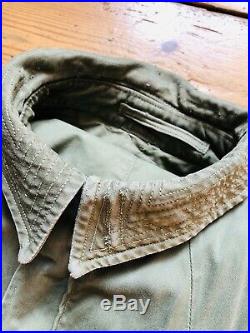 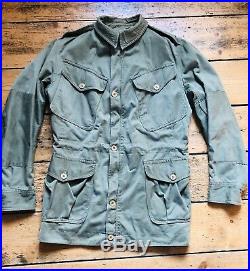 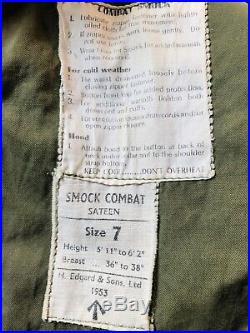 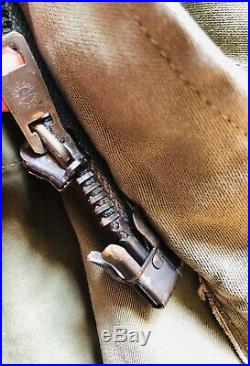 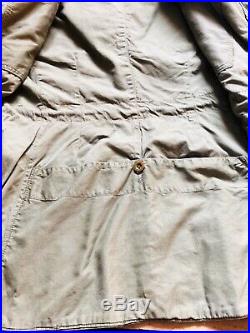 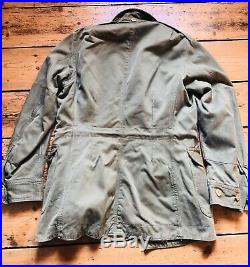 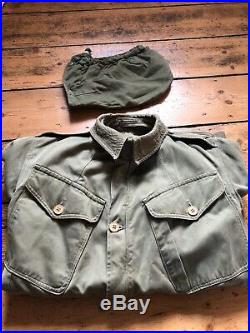 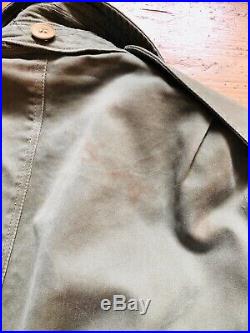 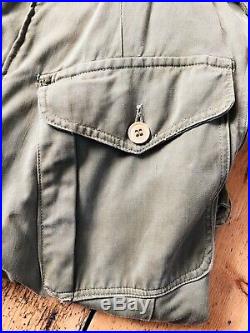 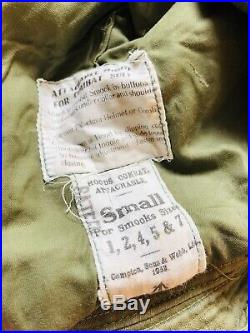 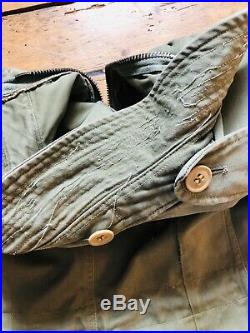 1953 Pattern British Combat Jacket Korean War. Very Good condition for its age. Cotton Sateen outer with square elbow patch re-inforcements. Under Arm vents and Full Poplin lining with Poachers pocket. Very well designed and superior to the 1960 pattern Jackets. All buttons and early Dot zipper present and working. It looks to me as if the buttons were re-sewn at some point but the thread looks the same as the other stitching.

There are marks from storage on the back right shoulder, some of the stitching has come undone in the collar and on one of the back vents- but no material rot. It could be re-sewn easily by the right person. Nice contrasting buttons and overall a very nice jacket considering how old it is. Marked size 7- the sizing is accurate as marked. The early Smocks are NOT oversized.

Colour is quite good, it comes out lighter than the real OG in the Photos. It had matching deadstock hood in the pocket, the same year and correct size with Newey snaps.

The item "1953 Pattern British Combat Smock Korean War Jacket" is in sale since Friday, April 24, 2020. This item is in the category "Collectables\Militaria\Surplus/ Equipment\Clothing". The seller is "33linden" and is located in london, London. This item can be shipped to United Kingdom, United States, Japan, Germany, France.