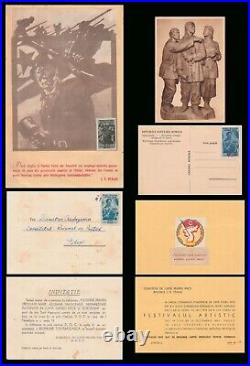 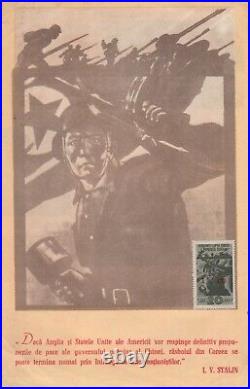 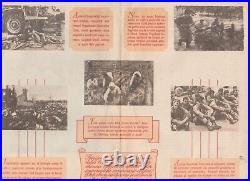 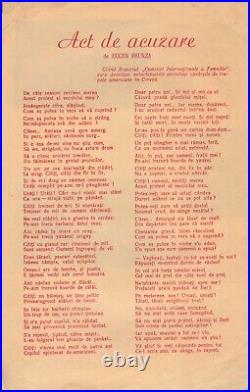 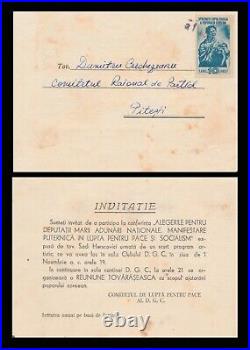 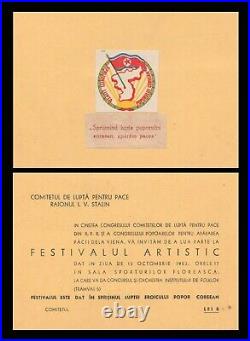 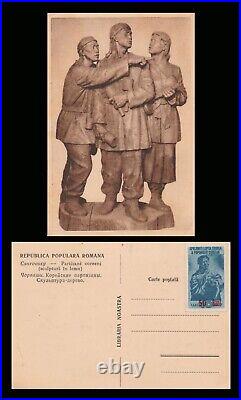 Rare and vintage original collection of Korean War from 1952 containing official propaganda papers published by The Romanian Communist Party in "support of the Korean people's heroic struggle against the American-British imperialist oppressors". Leaflet with 4 pages (5 illustrations + original graphic on first page + a patriotic poem on the last page). All texts are printed in Romanian.

Such leaflets were printed to mobilize the population in raising funds necessary for the continuation of the fight by the North Korean army. Invitation for the "Elections for the Great National Assembly" Conference, which took place on November 1, 1952 in Bucharest. At the end of the meeting, a "comrade meeting" was organized with the aim of helping the Korean people. The invitation has a 10 Lei aid stamp affixed to the addressee's side with the text Support the heroic struggle of the Korean people!

Invitation to the "Artistic Festival" of October 12, 1952, given "in support of the heroic Korean people". The event was organized by the Struggle for Peace Committee from Romania. The invitation has 2 special vignettes glued on the back with the texts Support the struggle of the Korean people!

This item is in the category "Collectibles\Militaria\Korea (1950-53)\Original Period Items". The seller is "mariapopart" and is located in this country: RO. This item can be shipped worldwide.