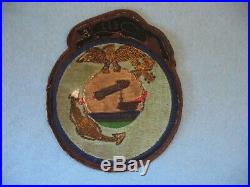 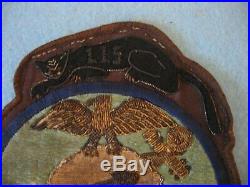 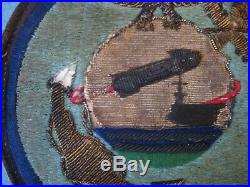 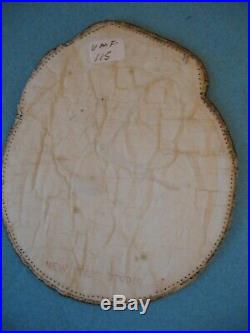 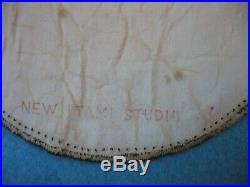 Patch is theater made with a bullion jet fling off a carrier as part of the bullion Eagle, Globe, and Anchor and has a panther at the top alluding the F9F's they flew and was made by the New Itami Studios in Japan. Patch measures 5.0x6.0 inches and is in very good used condition with toning to the front, a part of the top of the anchor has lost some bullion thread, and has been removed from a G-1 Flight Jacket or a Flight Suit (Please see photos for the best description). Please see my other listing for more Navy and Marine Corps squadron patches, WWII patches, and other military insignia. Thank you in advance for understanding this.

The seller is "geeindustry" and is located in La Mesa, California. This item can be shipped worldwide.