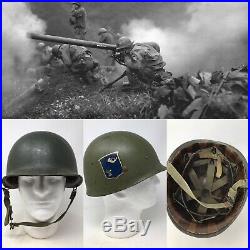 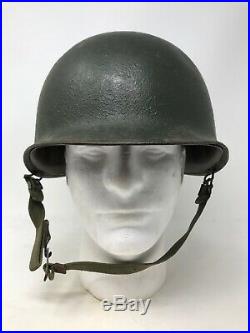 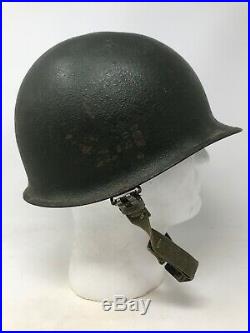 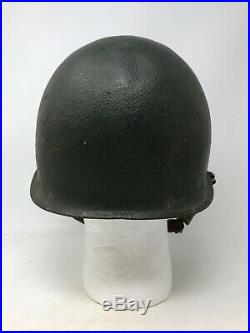 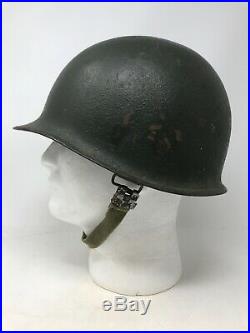 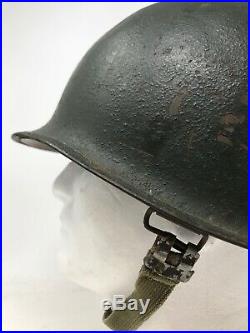 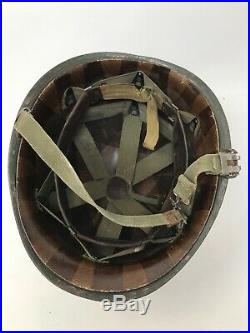 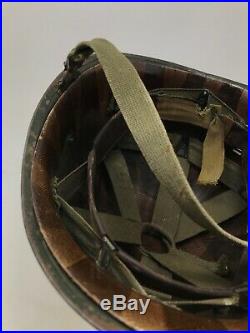 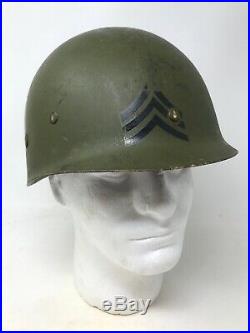 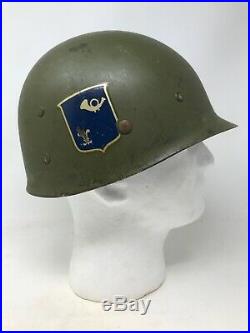 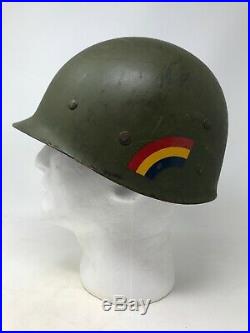 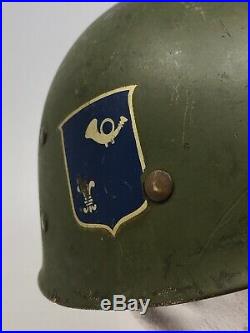 Korean War Reissued WWII 1944 M1 McCord Front Seam Helmet - Named. The next two years found the Regiment in almost constant combat along the 38th Parallel occupying defensive positions like Heartbreak Ridge, Punchbowl and Pork Chop Hill and conducting aggressive combat patrols. The 14th Infantrys service in Korea earned the Regiment five campaign streamers and a Republic of Korea Presidential Unit Citation for gallantry at Munsan-Ni. Original Item: Only One Available. This is a very nice example of a genuine named WWII M1 Helmet with complete liner and helmet straps. Like many helmets used during WWII, it was still serviceable after the war, so many were put into storage. With the outbreak of the Korean war, these helmets were pulled out of storage, repainted if needed, and reissued. The liner and inside of the helmet are named but it is hard to make out the soldiers writing as it has faded after many years. He served as part of the 14th Infantry Division 187th Field Artillery.

The item "14th Infantry US Korean War Reissued WWII 1944 M1 McCord Front Seam Helmet Relic" is in sale since Thursday, October 3, 2019. This item is in the category "Collectibles\Militaria\WW II (1939-45)\Original Period Items\United States\Hats & Helmets". The seller is "curio_artifacts" and is located in Algonquin, Illinois.